The Limits of Science with John Horgan

An rollicking interview on science, psychology, mysticism and what happened on the lawn

"I started talking to scientists and philosophers of science
about how far science could go..."
- John Horgan 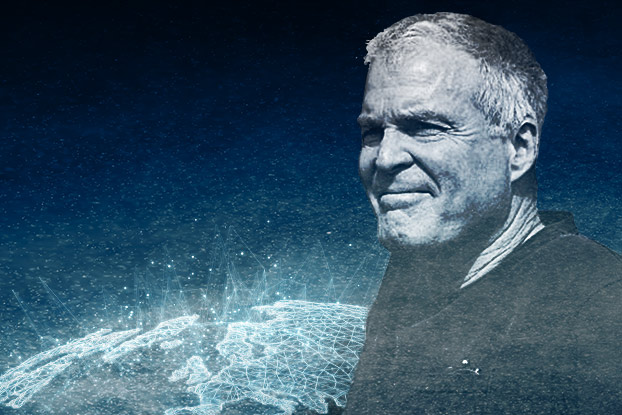 We sat down with John Horgan from Scientific American for a fun and unfettered audio interview about the outer edges of science, psychology and mysticism.

John Horgan worked as a Senior Writer at Scientific American for over ten years, which he spent interviewing and writing about some of the greatest scientific minds of modern times.

One morning several years ago, we got the chance to turn the tables and interview him.

It was pretty lively.

The End of Science, The Undiscovered Mind, and Rational Mysticism he had already written at the time of this interview; since then, he's written The End of War and Mind-Body Problems. A generalist in a world of specialists, John has a unique ability to explore multiple different fields - from particle physics to molecular biology to the mind/body problem - with range and versatility, and get past the noise and down to the nub of the matter.

And even better: he actually communicates about much of this in plain English.

With common sense, a powerhouse baloney detector and a jargon-free wit, he takes a surgical scalpel to complex and difficult topics with eagle eyes for what really matters and what doesn't.

He's a smart, funny, likable guy who has been working on Big Questions deep in the heart of the science for decades, and we had a great time with him.

He's been face-to-face with some of the most prominent names in science and philosophy. To name a few:

A few of our favorite moments from the interview:

8:56
“I just decided that it (literary theory) was all intellectual one-upmanship...”

17:00
The hidden and often unconscious "religion" of many scientists:
“I realized that a lot of people share this largely unexamined assumption…”

2:38-10:08
Horgan's personal life story, and the wandering path from “dropout” to eventually led to finding himself at Scientific American

15:40
What happens “when science tries to explain us to ourselves”

13:40
“Postmodernists say some really stupid things.”
But then again, he also wants postmodernists to “get all over” certain folks...

53:58
Horgan description of his own profound experience - "what happened on the lawn" - that he initially described in The End of Science, the after-effects of that experience, and how he made sense of it after it happened, and what Ken Wilber told him about it

1:10:15
His personal impressions of Wilber, Huston Smith, James Austin and others.

While this is a frolicking conversation that ranges all over the map, the bulk of the opinions expressed are those of Horgan, not of LiveReal. The idea was to hear what John had to say, not us. We don't agree with him on everything, but hey, that's part of the fun, right?

The audio quality isn't the best in some places. Apologies for this. Although Horgan's audio stayed intact, we had to do some repair work in some places, and etc. (We blame our sound guy, and gave him latrine duty and a night in the box.)

We (LiveReal) also say what sounds like "Karl Propper" instead of "Karl Popper." That was a verbal typo by way of tongue pretzeling. No disrespect, Karl, wherever you are.

This interview is available to LiveReal Members.

Click here to become a member and access the interview (plus all the other things members get.)

This audio interview is mp3 format and is available to download.