What is "The Human Condition"?
3 Revealing Quotes

Our existential predicament in a nutshell. 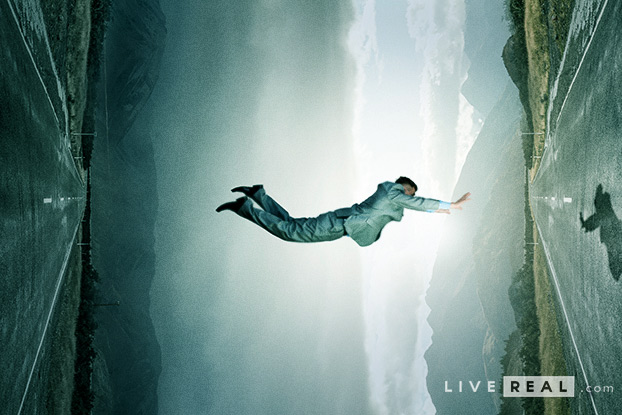 What is “the human condition”?

What’s the Big Picture situation we find ourselves in, right now, at this moment?

After all, it’s one thing to know our immediate, local, physical situation in time and space. Maybe you’re sitting at home, which is in a neighborhood, which is in a certain city, state, country, planet, solar system, and so on.

But it’s another thing entirely to know your existential situation.

This gets at “The Big Picture,” or what our place is in the universe as we experience it, subjectively speaking. And what it means.

That’s what we’re after here.

Toward that end, we’ve come across three quotes on “the human condition” from a few serious thinkers that seemed worth sharing. (1)

#1: “A central point between nothing and all.”

“For after all what is man in nature? A nothing in relation to infinity, all in relation to nothing, a central point between nothing and all and infinitely far from understanding either. The ends of things and their beginning are impregnably concealed from him in an impenetrable secret. He is equally incapable of seeing the nothingness out of which he was drawn and the infinite in which he is engulfed.”

#2) A ”mere animal” and “a struggle…to become something more…”

“Rationality is not an endowment of which man finds himself in possession; it is an attainment incumbent on him to achieve. Spiritual manhood and freedom are the good which he must reach if he is to be happy, but they are a far-away good, and his whole life is a struggle, and a struggle with many an alternation of success and failure, to reach them. If he completely attained them, his life would become that of a god; he would have put off temporality and put on an eternity secured against all mutability. If he does not strive to attain, he falls back into the condition of the mere animal, and becomes a thing of mere change and mutability. Hence while he is what he is, he is never at peace with himself; that is the state into which he is trying to grow. It is true, in a deeper sense than the author of the saying meant, that ‘der Mensch ist etwas das uberwunden weden muss (we are only truly men in so far as we are becoming something more).”

“…the essence of man is really his paradoxical nature, the fact that he is half animal and half symbolic…

We might call this existential paradox the condition of individuality within finitude. Man has a symbolic identity that brings him sharply out of nature. He is a symbolic self, a creature with a name, a life history. He is a creator with a mind that soars out to speculate about atoms and infinity, who can place himself imaginatively at a point in space and contemplate bemusedly his own planet. This immense expansion, this dexterity, this ethereality, this self-consciousness gives to man literally the status of a small god in nature, as the Renaissance thinkers knew.

Yet, at the same time, as the Eastern sages also knew, man is a worm and food for worms. This is the paradox: he is out of nature and helplessly in it; he is dual, up in the stars and yet housed in a heart-pumping, breath-gasping body that once belonged to a fish and still carries the gill-marks to prove it. His body is a material fleshy casing that is alien to him in many ways – the strangest and most repugnant way being that it aches and bleeds and will decay and die. Man is literally split in two: he has an awareness of his own splendid uniqueness in that he stick out of nature with a towering majesty, and yet he goes back into the ground a few feet in order blindly and dumbly to rot and disappear forever. It is a terrifying dilemma to be in and to have to live with…

There it is again: gods with anuses.”

So, where does this leave us?

As you probably see, the three quotes above seem to be saying essentially the same thing in different ways: that we humans live at the intersection where seemingly contradictory forces collide.¹

Are we gods, or worms? Are we mere animals, or “an eternity secured against all mutability”? Are we a “nothing,” or an “all”?

But that doesn’t seem to make sense. The answers seem clearly and fully contradictory. A god is utterly different from a worm. An animal is nothing at all like “an eternity.” “Nothing” seems to be exactly and precisely the opposite of “all.” Gods don’t have anuses, and things with anuses, it seems, aren’t gods.

It seems like the answer should be either one or the other. But definitely not both.

So, this seems to be a problem.

If these thinkers are anywhere close to the mark, we find ourselves facing a problem that’s unsettled.

And that’s unsettling. An unsolved problem doesn’t sit well with us. It’s uncomfortable.

Especially when the “problem” is us.

After all, this is no crossword possible. We aren’t playing Jeopardy here. This seems to point to something at the very heart of our experience. After all, if we don’t understand our situation – “the human condition” – correctly, it opens up the door to a thousand subsequent errors that stem from there. But if we do understand our basic existential predicament correctly, more or less, then we have solid ground to build the rest of our lives and ambitions on.

Let’s look at this from a different angle.

If we can take the above quotes as a starting point, and assume they aren’t entirely off-base, we can notice that each of the conditions mentioned above points toward two opposing conditions or forces.

To continue the metaphor: the two poles of a battery, the positive and the negative, create a “charge.”

We would probably experience that “charge” as something unsettling, uncomfortable, unresolved, incomplete. As something that needed to be dis-charged.

One way to resolve that unease – to relieve that discomfort – is to get rid of one of the poles.

But doesn’t something seem wrong with that “solution”?

Doesn’t that make the battery useless? After all, isn’t the charge the whole point of a battery? Isn’t the approach here like curing the disease by killing the patient?

Wouldn’t a better way to solve that problem be to discharge it by powering something? By using that power to give energy to and animate something else, the way a battery powers a child’s toy?

But what would that “something” be?

Let’s bring this back to where we started.

If the human condition, as we described above, really is a kind of “problem” – one we spend our lives trying to solve – is there a genuine “answer” to that problem?

If aborting one of the poles is a wrong approach, what would be the “right” approach?

We’re working on it.

The Meaning Of Life: 10 Popular Answers (That Don't Fully Work)

Aftermath of "The Death of God": 15 Surprisingly Tangible Consequences

Many others have said the same. (We apparently discover this, forget it, and rediscover it over and over again.) To name just a few:

Traditions: Judeo-Christianity says that we’re both “dust” and made “in the image of God.” Buddhism says we’re both “bags of skin” and a “Buddha-Nature.” Hinduism says we’re both mortal and “Atman, the Spirit, the Self.” Sufism says we’re Nafs (ego), Qalb (heart) and Ruh (spirit.) Taoism says we’re both yin and yang. (We aren't claiming that all these are identical, of course - only that, if you're looking for it, there are some underlying parallels.)

Søren Kierkegaard: “A human being is a synthesis of the infinite and the finite, of the temporal and the eternal, of freedom and necessity, in short, a synthesis.”

Abraham Maslow: “we are simultaneously worms and gods.”

Erich Fromm: "...the dilemma can be solved by defining the essence of man...as a contradiction inherent in human existence...It is necessary to go beyond this description and to recognize that the very conflict in man demands a solution."

Zen teacher Albert Low: “A fundamental ambiguity, a kind of primordial double bind lies at the origins of consciousness, of life, perhaps even of matter itself.”

Blaise Pascal: (already quoted above, but as Grandma used to say, you can never get enough Pascal): "Human Nature is, in truth, a union of opposites that are not only incongruous but are contrary and conflicting; the spiritual and the physical; the divine and the animal; consciousness and subconsciousness; intellectual power and moral and physical weakness; unselfishness and self-centeredness; saintliness and sinfulness; unlimited capacities and limited strength and time; in short, greatness and wretchedness: grandeur et misere. But the paradox does not end here. The conflicting elements in Human Nature are not only united there; they are inseparable from one another.”

We could keep going here, but we’ll stop for now.

This analogy (the battery) isn’t as out of the blue as it might seem. We're planning to unpack this a bit more later.