"The Meaning of Life": 10 Popular Answers That Don't Fully Work 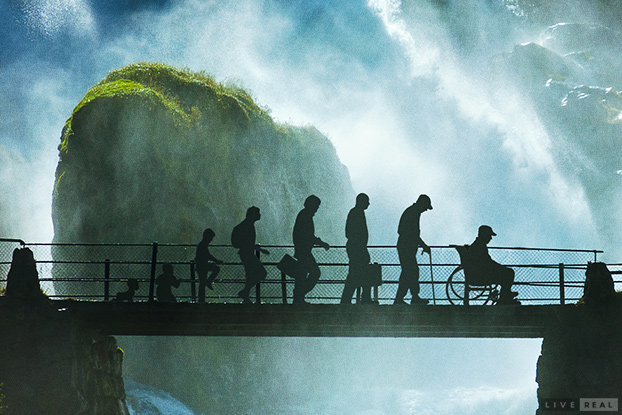 Article by The LiveReal Agents

So, what is the meaning of life?

This is part of our quest to find the meaning of life, or die trying.

To recap: first, we asked, "why ask why?" After all, there are plenty of other ways to spend an afternoon.

Then we went searching for all possible answers we could find. The basic idea was to search the ends of the earth, gather as many as possible in one place, and simplify them. That's The Meaning of Life Quiz.

The Quiz can be a bit overwhelming. But with some analysis, it becomes clear that most answers are pretty much saying some of the same essential things, just using different words. When they're boiled down into essential ideas, they naturally fall into groups. These groups - a simplified summary compiled from the answers from that quiz into 10 essential answers - is below.

After this, we discuss ways those answers don't fully work. But that's pretty one-sided, so we then explore why they do work.

Then, we've worked to synthesize those into what is, at present, "our answer."

The main index of all of this is here.

The below, again, is where we boil down most of the raw data from the Quiz into ten essential ideas.

Some folks say “what is the meaning of life?” is a dumb question, and we should basically shut up and stop asking.

A good amount of mainstream academic philosophy seems to be currently part of this camp. This might account for philosophy's overwhelming lack of popularity. Some call it "anti-philosophy."

Their basic idea is that asking about the meaning of life is something like asking “what do circles smell like?” or “how tall is math?” In other words, the idea is that the questions themselves don't make sense.

We’ve all heard it: the meaning of life is to live!

This answer is pretty popular with children. It's rarely articulated, but often implied.

Life, according to this answer, is meant to be lived. So, dance! Sing! Hang out with friends! Eat! Drink! Work! Party! Just "do stuff."

This often translates, in a practical sense, into anti-intellectual, anti-thought, anti-philosophy. Don’t sit around and think about stuff. Do something.

The meaning of life is whatever you want it to be. Do what you want.

This is similar to #2 above. "Do what you want" is similar to "just live!" But it also overlaps with #8 below, in that it’s radically personal, individualistic, and subjective.

The basic idea is that nobody can answer this for you. Nobody else should answer this for you. You figure it out for yourself. At its logical extreme, anything anyone else says is, by definition, invalid, because they aren't you, and it's all about you. So, do what you want, whatever that is, and don’t let anybody else stop you.

It's a popular answer these days.

This is a straightforward, down-to-earth answer to the meaning of life: just solve the problem in front of you.

Don’t overcomplicate it. If your stomach is growling, make a ham sandwich. The answer to the meaning in life is to just solve whatever problem is right in front of you.

This is also a popular answer these days.

This is one of the most popular answers around today: the meaning of life is to be happy.

Heavyweights from Aristotle to the Dalai Lama endorse this perspective.

The answer seems profoundly simple. The trick, though, lies in putting the idea into practice. "How?" for example. How do we become "happy"? What is real happiness, anyway? Are there lower and higher levels of it? If it's really so simple, why do so many people seem to fail? Is it even possible? What about suffering - how does that fit in?

There’s plenty more to say about this – but for now, the basic idea can be boiled down to a simplistic slogan. "Don’t worry. Be happy."

Nihilism is the perspective that the answer to the meaning of life question is this: there is no meaning.

This is life as an aquarium of “birth, copulation, and death,” leading nowhere, for no reason, all to no end. Life is an absurd, pointless, random accident, and everything thing happens for no apparent reason. Everything in the world is eating everything else. Everything we can see around us is either just starting or further along in a process of decay. There are no answers. It just is.

The position stated above is what we could describe as hard nihilism. There aren’t really too many hard nihilists out there. But soft nihilism – a slightly more domesticated version of the above – is much more popular these days. It might be part of living through “The Death of God.”

So, it’s not a stretch to say that nihilism – the soft kind – really is a popular answer to the meaning of life these days.

7) Traditional Religion: “The elephant in the room.”

Major religions of the world – Christianity, Islam, Buddhism, Judaism, Hinduism, Taoism and others – offer answers to the meaning of life for billions.

Grouping these into one category, and even labeling it “traditional religion,” is itself a controversial step. This is a messy affair. There seems to be no way around it. Plenty of folks could state very good reasons for not doing this.

But this isn't a college term paper. This is about life on the streets, and in the real world. We have to paint with some broad brush strokes here. The idea isn't to oversimplify, it's to prevent an already overwhelming situation from becoming more overwhelming. In the information tsunami of modern life, sometimes we need a Big-Picture, 10,000-foot view.

For now, this answer itself is straightforward. The major religions of the world offer answers to the meaning of life for billions of people.

8) Existentialism: “Create it yourself!”

The idea is that there is no meaning "out there," in other words. But you can still make your life meaningful by what you do with your life.

This is another highly popular answer these days.

The basic idea here is to "leave the world a better place than you found it."

This differs from #8 above, for example, because the emphasis is no longer on the individual, but on the world.

This can take many different forms. Some might do it through saving animals, teaching children, or radical political movements.

This answer is also highly popular these days.

This is an approach that makes an attempt to throw the entire project overboard.

The basic idea is sometimes built on the vagueness of #1-#4 above, which results in the failure of #5 (happiness), which drops a person into #6 (nihilism), which then leads to #8 (existentialism).

The answer to meaning that's sometimes "created" in the existential approach is sometimes the idea that life is full of suffering for no apparent reason - it's meaningless, in other words - so the response, then, is to try to "burn it down" one way or another.

It's probably clear that many of the above answers don't fully work all the time.

But how? In what ways do they not work?

We delve into this next, here:

"The Meaning of Life": 10 Popular Answers (and Why They Don't Fully Work)

< back to "The Meaning of Life" index page